“Though the overall unemployment rate is down from its peak last spring, the percent of the unemployed who are long-term unemployed (LTU) keeps increasing and is currently at over 40%, a level of LTU comparable to the Great Recession but otherwise unseen in the U.S. in over 60 years.”

“My research over the past 15 years studying unemployment among white-collar American professionals shows that flawed understandings of long-term unemployment held by employers and former colleagues is one of the biggest barriers out-of-work people can face. This widespread stigma leads to isolation, makes looking for a job discouraging, and undermines well-being.”

I have a client that has been actively job searching since early 2020, during a period of long-term unemployment. Almost 18 months ago he got laid off. He was qualified for positions – his documents marketed him well and he had a great story to tell.  Even with all of that, he kept getting “runner-up status” for opportunities. After getting an amazing job offer recently, he agreed to sit down for an interview on what the past two years had taught him as a long-haul job seeker.

I say this a lot, but it’s so true, unemployment happens to good people all the time. You had just won an award; you were managing a high-performing team and you introduced some really innovative ideas to the company. Is it fair to say that the 2019 version of you did not expect what was around the corner in 2020?

Nobody could have anticipated or expected what transpired in 2020. That said, even as the severity of the pandemic and its impact on everyday life began to take shape, I felt very strongly that my role was even more important and vital to the company’s success. My thought was, ‘my entire career has been about leading and succeeding through disruption. I’m the right person to get us through this.’ Clearly, I was incorrect.

After being let go, after the initial shock wore off, I remember feeling the excitement. I had never had a moment to catch my professional breath after a 20-year career and looked forward to exploring opportunities that would shape my next 20 years. And as I started applying and interviewing, the rejections were difficult, but I was able to get over that disappointment rather quickly. I was job hunting in a very tight, competitive market, and had no illusions it was going to be an easy process.

But what was most disappointing, and surprising, was the lack of help from certain contacts (weak and strong) and former colleagues during my search. Job searching can be a lonely, quiet experience, which is why I will be forever grateful to [the dozen or so] people who went above and beyond to help.

How did you stay positive? What advice do you have for job seekers in the trenches right now struggling to see the silver lining?

“It just takes one,” were the words clanging around in my head. I was not going to let rejections or a lack of responses from people affect my approach. I was not going to get outworked by another candidate. Even a cold LinkedIn note to hiring managers. I read their essays, watched their panels, and listened to podcasts to find a nugget that spoke to my level of commitment and seriousness to the role.

There were a ton of outside influences I couldn’t control. I could control my own preparation though and knew it would eventually lead to good things.

Repeatedly,I’ve heard job seekers say that long-term unemployed internally altered their perspective on life. Do you look at the world differently?

I was laid off in April 2020. A few weeks after, a VP at a very well-known streaming/content company posted this to his LinkedIn:

“Your email does not find me well, and you can’t grab time on my calendar to pick my brain. Maybe in 2021.”

Several of my contacts “Liked” it, and under normal circumstances, I would have too, except for this time, I was on the other side of things. For years, job seekers would reach out to me wanting to learn more about what I did and how they could break into my industry. And while I tried to be accommodating, I certainly didn’t make time for everyone.

I realized the hard way how [terrible] it is to be ignored. I have a very different outlook now that I know what it’s like to be on the outside looking in. But that outlook doesn’t include spite or vengeance… It’s the opposite. If I possess the ability to help, I will help.

What advice would you give your 2019 self?

The quick answer is likely a common one: Network better. I wanted to switch industries, and I just hadn’t built (and nurtured) enough contacts at companies that I wanted to work for.

The longer answer is probably more controversial: I would tell the 2019 version of myself to resign. Not because I needed to recharge (even though I probably did), but because I was never going to put in the requisite effort and energy into my job search. I would not have worked with talented career coaches or invested in myself through digital marketing certifications or taken inventory of my career and how my success lines up with certain roles at certain companies. I just never would have taken it seriously enough.

I’m not condoning or promoting anything, but it was a blessing being forced into this situation. However grueling and exasperating and soul-crushing the process was at times, it led me to where I’m supposed to be now.

My advice to job seekers who ask is to make sure they know where they want to end up – industry, position, location, etc – find job descriptions that match their intentions and craft a resume target to those positions. Networking is also critical – talk to decision-makers, gather information from others in the industry you are looking to join, explore the organizational chart of the companies you want to hire you. Use training available on the hidden job market to help navigate away from job boards and mass resume submissions. Keep your chin held high – when the going gets tough, do your best to push through and stay focused on your end game. 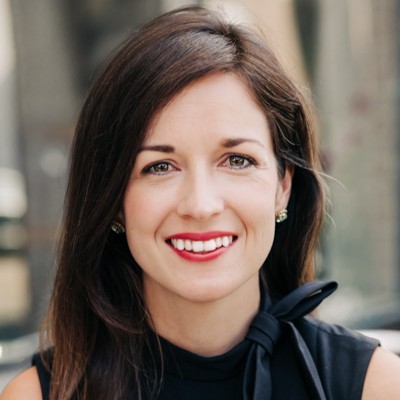