As a parent and career coach, I often get asked to give book recommendations for kids’ books about jobs and careers. Illustrated books are a great way to introduce children to the concept of career exploration and using their strengths and gifting to find a future job.

1. Lola Dutch, When I Grow Up by sarah jane wright

2. When I Grow Up by “Weird Al” Yankovic

3. Kid Start-Up: How YOU Can Become an Entrepreneur by Mark Cuban and Shaan Patel

4. You’ve Got Gifts by KRISTIN A. SHERRY

Why Career Exploration Is Important

Fatherly and New York Life are asking kids “What do you want to be when you grow up” in the annual Imagination Report, a survey of more than 1,000 kids under the age of 12. Being a professional athlete ranks as the #3 choice for young boys.

This was a consistent them when I was volunteering in an elementary classroom a few years ago. I asked the students to raise their hands and share what they wanted to be when they grew up. 6 out of 10 of the boys in the classroom said that they wanted to be professional football players. According the Michael Calvin, author of “No Hunger in Paradise: The Players. The Journey. The Dream, this is not a reality for most young boys. According to the book, only 180 of the 1.5 million players who are playing organized youth football in England at any one time will make it as a Premier League pro. That’s a success rate of 0.012%.

Teach Children That Values Play a Role in Career Satisfaction

If being well compensated is an important career consideration, there are many jobs that compensate well. Parents should discuss values-based decision making with their kids.

— Extrinsic values: These are values concerned with the by-product of the work. For example: “I want to make a good living” or “I want a job where my boss recognizes my value.”

— Intrinsic values: These values are intangible. For example: “I want the work I do to have meaning” or “I want to have a seat at the table.”

— Lifestyle values: These values are associated with how you want to live. Examples of these include: “I want flexibility at work so that I can pick up my daughter from school” or “I want to live in a big city so that I can access restaurants and culture.”

And I’m not here just picking on little boys. The world of work is changing at a rapid pace and children’s career aspirations aren’t keeping up. Kids are picking dream jobs like “teacher” “lawyer” and “doctor” despite the fact that new types of jobs that are emerging.  The World Economic Forum the OECD launched a report at Davos Platz Secondary School on the career aspirations of 500,000 15 year olds from 41 countries. They found that 47% of boys and 53 % of girls expect to work in one of just 10 popular jobs by age of 30.

The reality is that many of our kids will have a job that doesn’t even exist today. 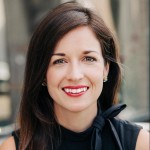 Sarah Johnston is a former corporate recruiter and industry “insider” who got tired of seeing talented high-achievers get passed over for opportunities because they did not have the right marketing documents or know how to position themselves in interviews. She has relocated multiple times across the country as a “trailing spouse” and has had to execute job searches in completely cold markets. She has been named a LinkedIn Top Voice in the career space, HR Weekly’s Top 100 Most Influential People in HR, named the owner of the “best resume writing firm for experienced executives” by Balance Careers and a “top follow” by JobScan in 2019 and 2020.

If you need focused coaching time, let’s get started. Click here to schedule a consultation.